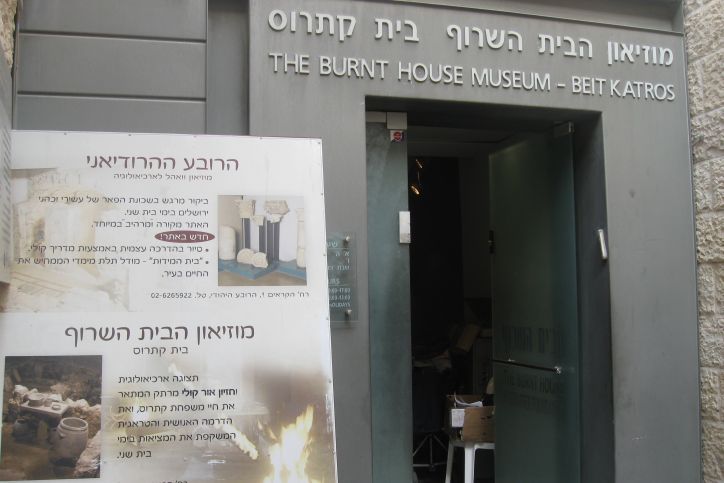 The archeological excavation of the Jewish Quarter of the Old City between 1969 and 1982 revealed a residence located six meters below street level. The residence was made up of four rooms, a mikveh (ritual bath), a small courtyard, and a kitchen.

Coins minted by Jewish rebels during the Roman Period were found in the ruins, dated between 66CE and 70 CE, indicating that the house was destroyed at this time. Buried under a thick layer of ash and destruction, this excavation offered proof of the total destruction of the Upper City of Jerusalem by the Romans.

Other artifacts found in the house include fragments of a stone tablet, an iron spear likely belonging to a Jewish fighter who lived in the home, iron roofing nails, arm bones belonging to a 25-year-old Jewish woman, and a small stone weight inscribed in Aramaic with the name Bar Kathros, indicating that the home may have belonged to the Kathros family. The name Kathros was mentioned in the Talmud as having been a priestly family which abused its power of the pen.

The site is open to the public and artifacts are on display at a small on-site museum.