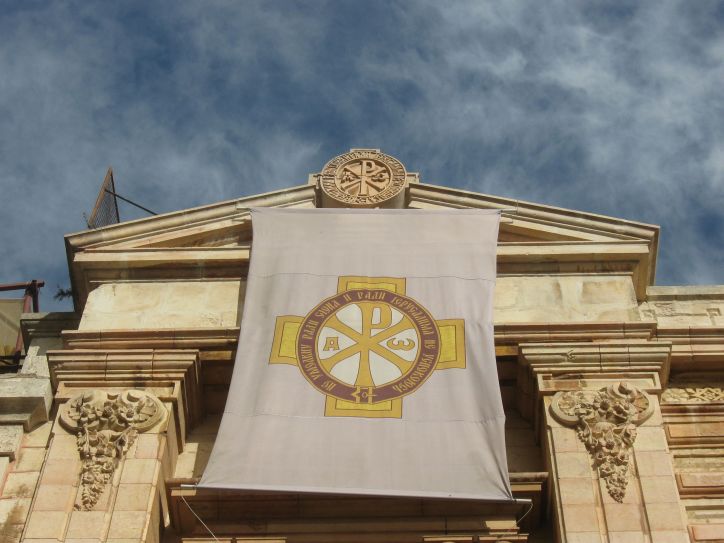 Alexander Nevsky was an admired warrior and Russian prince from the 13th century. In 1859, the Russian government acquired a plot of land next to the Church of the Holy Sepulchre. Years of excavations on the site revealed a series of amazing discoveries, the most incredible of all: a stone threshold that was worn away and polished, and had holes for the hinges of a gate. The Threshold of Judgment Gate is widely held today to be the edges of the city walls during the time of Jesus. Not far from the Threshold, an altar was discovered and with that, toward the end of the 19th century, the Church was erected and dedicated to the Emperor Alexander III and his patron saint, Saint Alexander Nevsky. The Emperor was responsible for introducing Russian Orthodoxy to the Holy Land in the 19th century, what is still referred to as the Palestine Orthodox Society.

The Church today is constantly restoring the beautiful works of art and icons that adorn its interior chapels, including a dramatic portrayal of Jesus carrying the Cross by the well-known, 19th century Russian painter Ilia Repine.

Address. Next to the Church of the Holy Sepulchre, in the Shuk HaTzvaim
Admission fee upon entrance.
+
0