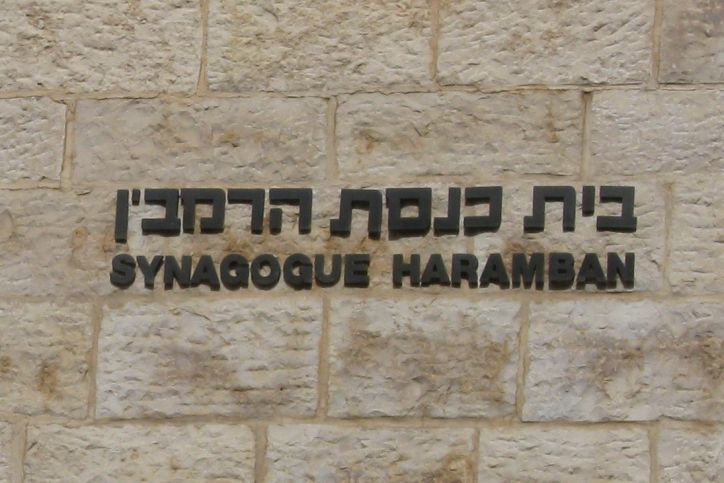 Dating back to 1267, the Beit K'nesset Ramban (the Ramban Synagogue) is the oldest active synagogue in the Old City of Jerusalem. It was founded by Rabbi Moshe ben Nachman (abbreviated in Hebrew as “Ramban”), a Spanish exile whose arrival in Jerusalem precipitated a rebirth in the Jewish community of Jerusalem. Located on Ha-Yehudim Street alongside the square in the Jewish Quarter, the lack of Gothic and Islamic architectural features suggests the structure was built before the Crusader period. The building is built a few meters below street level, in compliance with the Islamic law that non-Muslim (Dhimmi) houses of worship must sit lower than mosques. The Ottoman sultan ordered the Ramban Synagogue closed in 1586, eventually leading to the formation of the Yochanan ben Zakai Synagogue, one of the Four Sephardic Synagogues. During the recent centuries, the synagogue has been a mosque, a cheese factory, and a flour mill. Destroyed by the Arab Legion in 1948, it was rededicated following the Six Day War and is today used by the Ashkenazi community.
+
0