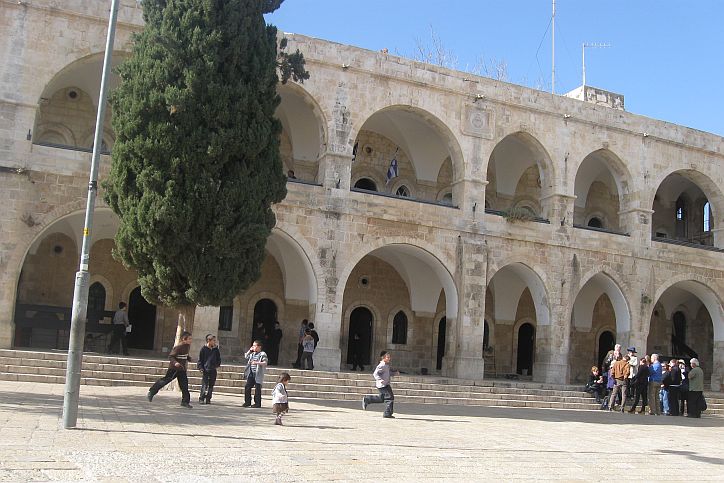 The Batei Mahse compound was built in the late 19th century to ease the crowded and often squalid housing conditions that many Jews were living in at the time. Such conditions had arisen because very few Jews owned land in Jersualem and were unable to afford the high rent often charged by the land-owners. In 1857, an philanthropic organization known as the Dutch and German Kolel purchased an uninhabited piece of land at the edge of the Jewish Quarter using money raised from around the world, including from Baron Rothschild, for whom the arched housing structure is named. A housing compound was built and poor Jewish families were allowed to live there for three years for free or at a very low rent, in what were high standards of living for the time. During the 1948 War of Independence, the buildings served as a shelter for civilians in the besieged Old City. The courtyard became a mass grave for the fallen, whose bodies were reinterred at the Mount of Olives in 1967. A monument to the fallen stands at the site today, and the structure is home to a offices and a school.
+
0